Opened in 1978, the Bandeirantes Highway (SP-348) is considered the country’s best highway, according to the Pesquisa Rodoviária 2015 (2015 Highway Survey), conducted by the Confederação Nacional do Transporte – CNT (National Confederation of Transports).

It was planned right after the building of the ascending lane of the Imigrantes Highway, based on the same quality and safety standards established for the previous project. It was built to provide a new connection between São Paulo and Campinas, to improve the traffic flow between the two metropolitan areas, up to then served only by Via Anhanguera (Anhanguera Highway).

DERSA has innovated by adopting the freeway concept, with three lanes in each direction (currently five lanes in the São Paulo – Jundiaí section) and a layout specially designed for fast travel over long distances.

Another merit of the Bandeirantes Highway is its commercial importance. Together with the Rodoanel Mario Covas (Mario Covas Beltway) and the Rodovia Anchieta (Anchieta Highway), it helps connect the country’s major import and export centers of products and goods: the Viracopos International Airport, important international cargo and passenger terminal, and the Port of Santos, Latin America’s largest port. Together with Rodovia Anhanguera (Anhanguera Highway), it forms the country’s largest financial corridor by connecting the state’s and the country’s wealthier metropolitan areas. 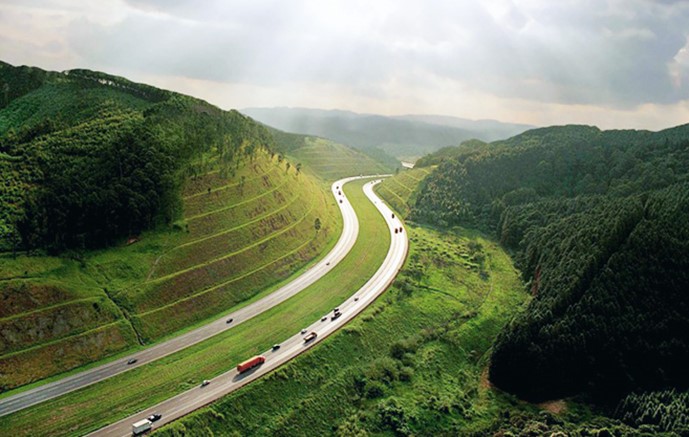