The extension works of the then Trabalhadores Highway began in March, 1990: the Governador Carvalho Pinto Highway (SP-70), which starts in the junction with the Ayrton Senna Highway (in the municipality of Guararema) and ends in the intersection with the Presidente Dutra Highway and the Floriano Rodrigues Pinheiro Highway (SP-123).

The Governador Carvalho Pinto Highway was opened in 1998. With a total length of 70 kilometers, it interconnects the municipalities of Guararema and Taubaté and has become one of the most important highways for the distribution of the industrial products produced by the several companies located in the Paraíba Valley, especially auto manufacturers.

In addition to its importance in economic terms, the complex also plays an important role for the tourism in the State of São Paulo. The highway connects São Paulo metropolitan area with the Paraíba Valley, the state’s North coast and the mountainous region of Campos do Jordão.

The Carvalho Pinto Highway crosses the municipalities of Guararema, Jacareí, São José dos Campos, Caçapava, and Taubaté, providing access to the state’s North coast through the Tamoios Highway (SP-99) and to the cities in the Paraíba Valley and the mountainous region of Serra da Mantiqueira.

Built according to state-of-the-art engineering standards, the highway has two lanes in each direction and a modern design, with mild curves and upward and downward slopes, including 6 tunnels (3 in each direction) and other special engineering structures, such as the overpass next to the municipality of São Silvestre de Jacareí and the bridge over the Rio Paraíba do Sul.

The connection project was implemented in 4 stages, from 2000 and 2015. The saturation flow in the roads that provide access to the Tamoios Highway in the urban area of São José dos Campos, in the surroundings of CTA (Aerospace Technical Center) was one of the main reasons for the construction of a new road to the North Coast / Port of São Sebastião, creating a more agile and efficient outflow route for the export of high value-added products (electrical and electronic goods and vehicles), manufactured in the Paraíba Valley and Campinas.

The project started in the Presidente Dutra Highway, with the demolition and building of two central overpasses to eliminate the bottleneck in Avenida Jorge Zarur, an area very prone to accidents, followed by the implementation of a divided road with 2 lanes in each direction in the Córrego Vidoca Valley, construction of cloverleaves in the areas of the Institute of Aerospace Studies (IEAv) and Putim (access to the Capuava and São Judas neighborhoods), in addition to the duplication of the Tamoios Highway between IEAv and the Carvalho Pinto Highway. The project also included the construction of a connection between the Tamoios Highway and São José dos Campos Airport, beginning in the junction with the former Estrada de Paraibuna (Paraibuna Road) and ending in São José dos Campos Airport. 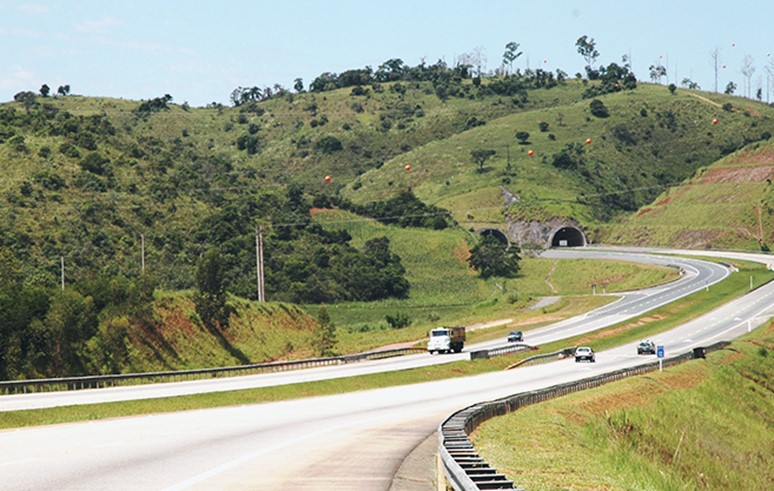